(Activities with kids at primary and high 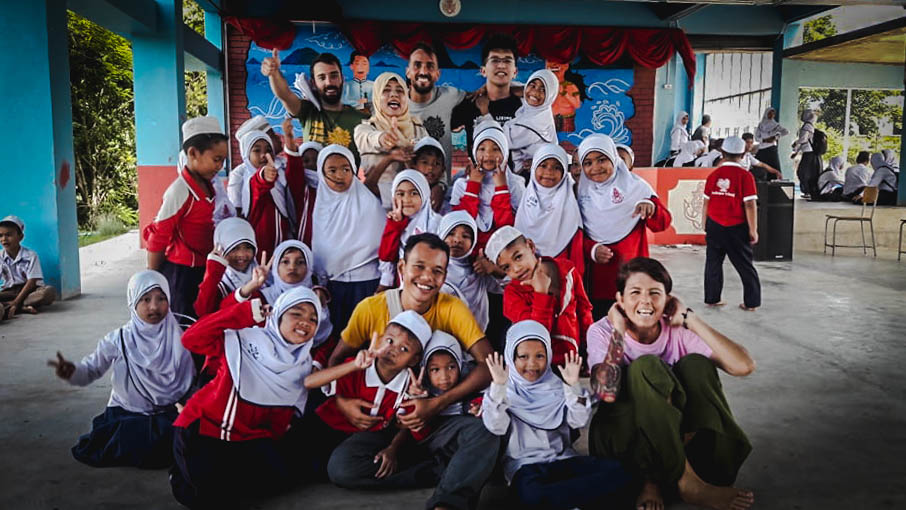 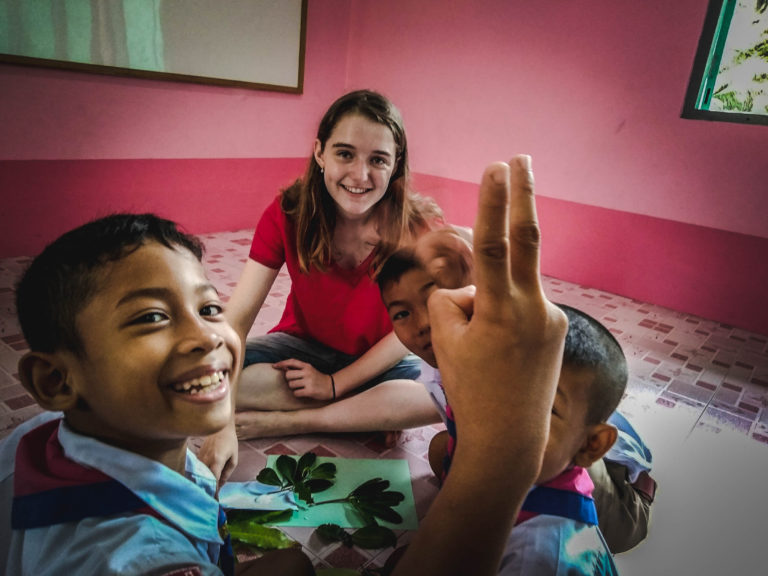 Koh Yao is a Muslim island in the Andaman sea of South Thailand. Since it started to become a tourist attraction, there have been some big changes in the local communities’ lifestyle. The villagers started to move from fishing and agriculture to tourism industry-related work. People realized slowly the dangers of losing their friendly sufficient communities and environment issues are rising quickly. During these 2 weeks, volunteers will join Ban Prunai schools, it is the primary and high school to help to organize activities with kids and take part in the realities of the local population. This way we hope to get more mutual understanding between the local population and the international communities and make a small step in a better direction for all of us.

HISTORY and REASONS OF THE PROJECT

Banprunai school was established in 1971. It is located in Prunai Sub-district, Koh Yao District, Phangnga Province. It is for Kindergarten 1 to Grade 9 students. There are 375 students and 19 teachers here. There are 12 levels here.

Koh Yao is composed of 2 islands: Koh Yao Yai and the smallest Kho Yao Noi and covers about 140 Sq.Km. The islands are situated in Phang Nga province, but it’s easier to reach the place from Krabi in the East or Phuket in the West. There are other smaller islands around in the same area. 99.9% of the population is Muslim. The ancestors of Koh Yao community migrated from Trang province to Koh Yao Yai since the 18th century to escape the Thai-Burmese war. Like most of the islands in South Thailand, the place became more and more popular for tourism in the last 20 years. Some investors, from Phuket and other places came to build resorts. Impacts on the local communities and the environment were not much taken in consideration. Nowadays they start to realize the loss for the social and natural environment. English language is an important tool for the local people. It is necessary to work in the tourism sector, but most of all it is needed to communicate, to understand the foreigners coming on their land, to get a chance to defend their values and lifestyle as well.

In 2015, Mr. Wira Suebpong, the Director of Baan Klong Hia School and Mr. Anucha Ban-amad, the Director of Baan PruNai School, have set up a network of the 13 schools on Koh Yao to seek an alternative way to develop education which will support students to learn happily and effectively, as well as maintain the voluntary mind for their own community. The two directors met Mr. Boonchan Saengfai who invited DaLaa association and discussed the possibility to organize an International short-term work camp in August 2016 with few of these schools. The results were positive, we renewed the experience with them since then until the present year. 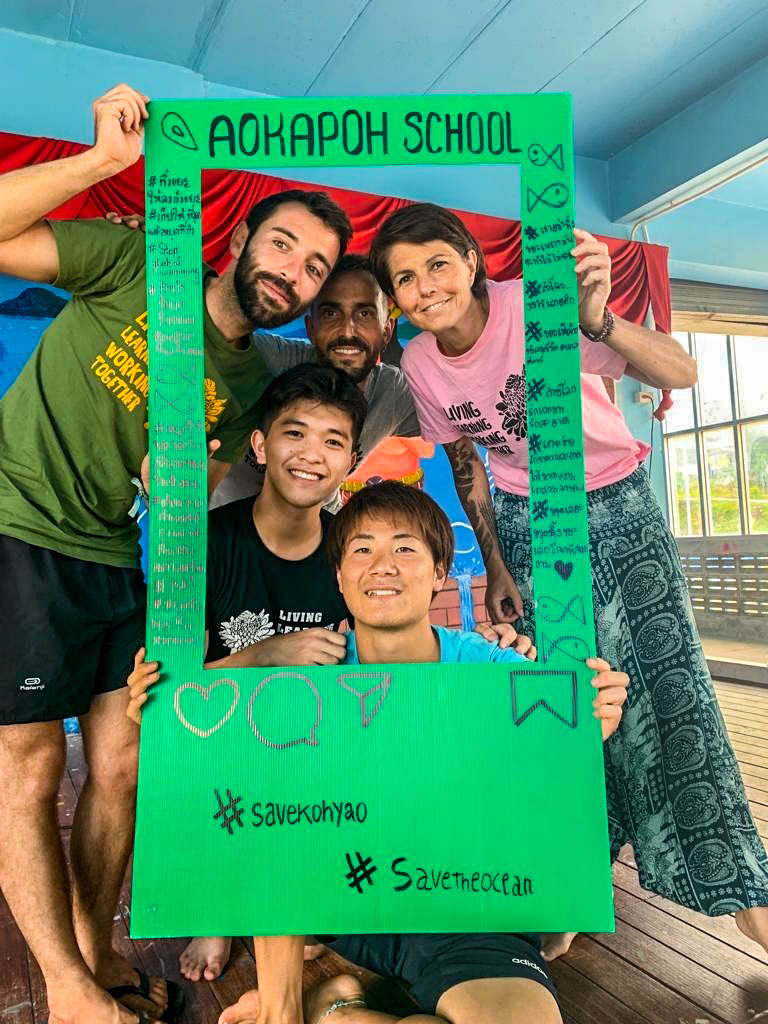 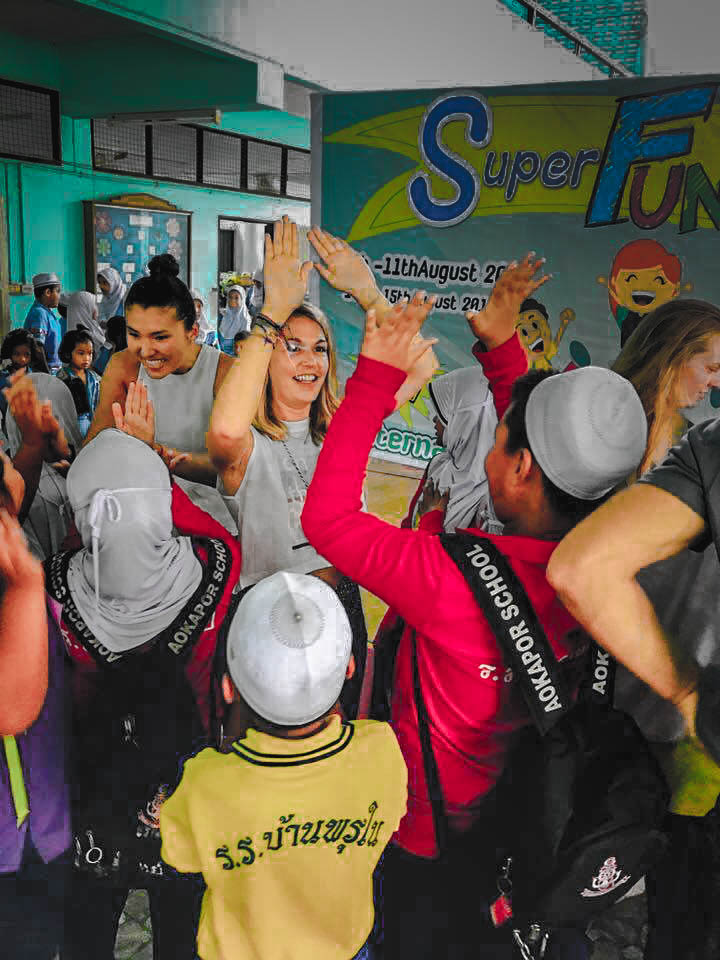 AIMS of the PROJECT

2-            To bring awareness on voluntary mind and public participation among the community members.

**Activities proposed above can be adjusted according to the current incidents of sudden, possible unavailability of project matters, weather condition, etc.

** You will be supervised by a DaLaa coordinator who will be the link between the volunteers’ team and the local schools. The school director can also speak good English. **

** We will try to mix Thai volunteers and international from different countries but we cannot guarantee it. We will keep you informed during and after your application.

Volunteers will sleep in meeting room of school. You will need to bring your own sleeping bag, foldable mat with you. There are basic toilets, showers and a kitchen at the school canteen. The teachers and villagers will help the volunteers to cook.  Local people eat rice (or noodles) 3 times a day with side dishes like curries, omelets, local leaves and vegetables. Volunteers will be welcome to cook their own food using the ingredients available there. (No oven, only a gas and woks or pans).